A wooden structure, and corresponding pulley system was constructed to enable smooth hoisting of the mirror by a group of participating community members (aided by a strong and sturdy rope.) The Mirror Raising performance occurred after a pancake breakfast, hosted by Wreck City Artists. (To ensure that participating hoisters were well fed, and performing at optimum strength!)

This coordinated community act included matching mirror vests, silver mega phones, and a spaghetti western inspired soundtrack.
Photo Credits: Mike Tan
The mirror remained on the roof of the garage until it was demolished, later in the year. A re-imagined version of the installation was installed in a second location, "Office City" during public presentation of the work. This second installation included time lapse video documentation of the mirror at dawn and dusk ("Mirror Cam") allowing visitors to catch a glimpse of the sky above House City - the site that many Wreck City artists called home over the course of their residency. 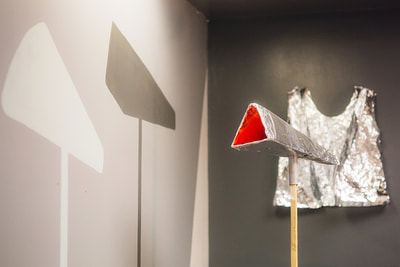 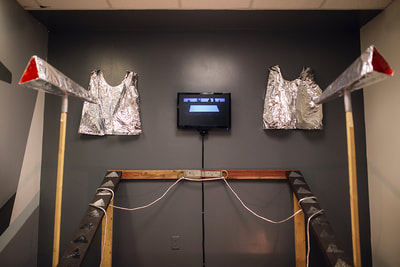 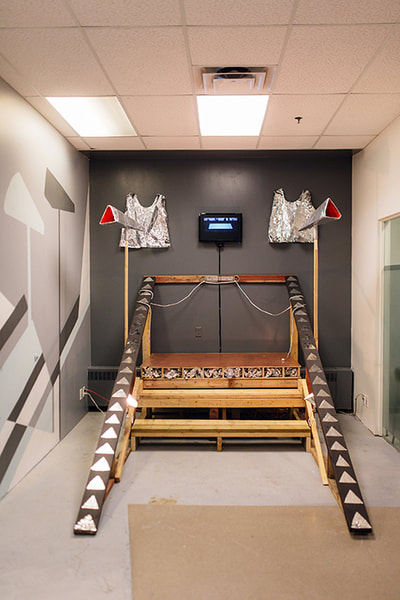